Game on: Is your network ready to level up? 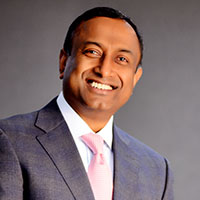 The gaming industry needs more responsive, automated, and adaptive networks in order to thrive in the next digital frontier in India. Ciena's Rajesh Nambiar discusses the challenges and how to solve them. This article was originally published in Fortune India.

In past decades, limited access to consoles and PCs have kept gaming out of the reach for most Indians. Why you might ask? For one – it is, in large part, due to high equipment prices and low bandwidth speeds. This meant an immersive and entertaining gaming experience wasn’t possible. Today this is no longer the case. Teens play Fortnite on their phones while riding the bus to school. Adults team up with friends to battle in Call of Duty and Grand Theft Auto.

Like other parts of the world, the gaming industry in India is exploding. According to Statistica, the market value of the gaming industry in India was around ₹62 billion in 2019 and is estimated to go up to over ₹250 billion by 2024. This growth—fuelled by faster internet connectivity, more affordable smartphones, and reasonably priced consoles—would not be possible without a reliable underlying network that can scale and deliver the high-speed connectivity that gamers expect. The network plays a pivotal role in the gaming industry, not only supporting the actual game but also the visual content and social interaction that accompanies it.

As India is a mobile-first country and smartphones and app stores have become ubiquitous, a new and rapidly growing casual gaming segment has emerged. According to research firm Ovum, the recent upsurge of ‘battle royale’ mobile games like Fortnite Mobile and PlayerUnknown’s Battlegrounds (PUBG) Mobile highlights the demand for premium games that use enhanced graphics designed specifically for mobile phones.

The boom in mobile gaming could also be attributed to a dramatic increase in the multiplayer format, which is driving more consumers to gaming because it’s more fun and engaging. You can form teams and compete against each other or even interact and play with other gamers while live-streaming a match via picture-in-picture mode – all from your phone. For example, the PUBG Mobile game involves thousands of players at the same time. India just hosted ESL One Mumbai 2019 for the country’s first-ever major Dota 2 event, a multiplayer game.

When a gamer is gaming, the underlying network that supports the game is the last thing on their mind. But the network plays an extremely crucial role and latency can mean the difference between victory and defeat.

Gaming is also becoming increasingly immersive thanks to virtual reality (VR), augmented reality (AR), and the cloud. VR-equipped headsets and accessories offer a first-person viewpoint where gamers can both experience and influence the game. Mobile AR games such as Pokémon Go or Microsoft Minecraft Earth look to deliver unique mobile gaming experiences not available on traditional gaming platforms.

Many gaming platforms are also moving to the cloud so they can be accessed from any device. Microsoft’s xCloud and Google Stadia allow users to stream games like a video from a data center. However, instead of a one-way movie stream, every move the player makes needs to be sent back to the data center housing the ‘console’ to inform the game and then send back a resulting action. How close the user is to the data center will depend on the experience you have with a cloud gaming service.

Highly personalised VR, AR and cloud experiences require a network that is scalable and optimized so that the experience is instantaneous. The network needs to automatically adapt as users and content change. Recently developed network analytics, powered by artificial intelligence and machine learning technologies, can give carriers a holistic view of network performance. This allows them to readily identify user experience issues and congestion hotspots. This knowledge, when combined with service assurance techniques, enable the network to adapt to changes in demand and optimize the user experience by proactively creating additional capacity, relocating content, and optimising network resources.

Get your networks game ready

When a gamer is gaming, the underlying network that supports the game is the last thing on their mind. But the network plays an extremely crucial role and latency can mean the difference between victory and defeat. Capacity can determine whether you are stuck with an old school platform or can fully embrace the latest gaming technology. And, with the ultra-low latency of 5G on the horizon, downloads will be even quicker, multiplayer setups will be enhanced, and VR and AR can be utilised for even further potential.

The gaming industry needs more responsive, automated, and adaptive networks in order to thrive in the next digital frontier in India. Networks should utilise automation, guided by analytics and intent-based policies, to rapidly scale, self-configure, and self-optimise by constantly assessing network pressures and demands. The continued success of the gaming industry rests solely on the ability of networks to adapt and change to rapidly evolving requirements from players.

Article
Developing solutions in India to drive digital to...

At Ciena, we understand the traditional way of building IP networks is inefficient and...

India, the world's second largest country in terms of population and internet users, is set to...

Since opening in 2006 and undergoing further expansion in 2018, the Ciena India campus is the...

Article
Back to school: Why the network is the lynchpin...

In India, students increasingly rely on online education, especially heading into the...